We had plans to go hiking today, but a popup rain storm this morning caused us to change our plans…A big thanks to another sister for allowing here house to be ransacked by kids… I mean thanks to my sister for hosting a bunch of family members. LOL

By mid morning, the rain had stopped, but there was a chill in the air.

So my dear hosting sister got out the makings for smores and started a campfire! 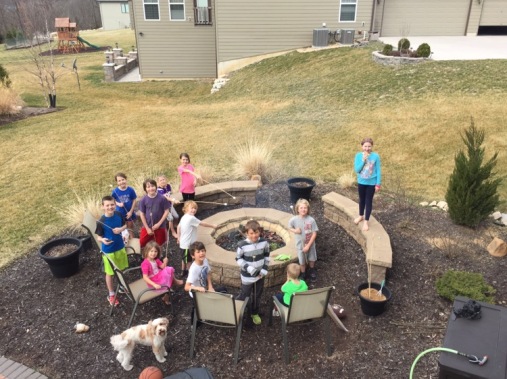 By early afternoon… the weather was in the 70’s!

YAHOO!! It was time for a walk – even if it was just going to be down a paved street! 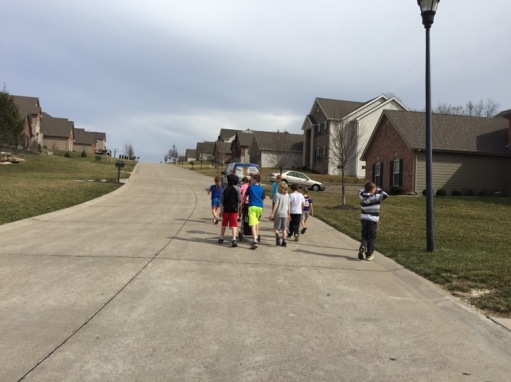 We counted 10 bird’s nest along the drive.

All the kids wanted to see if there were eggs in the nest…. which there wasn’t. 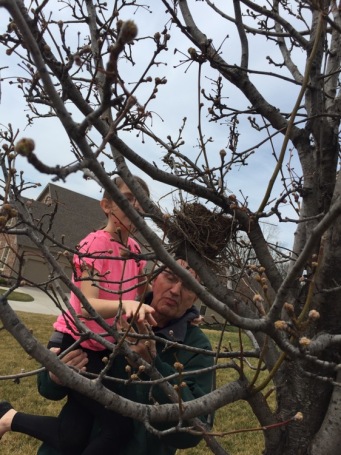 Eli was very excited to see a paper birch tree – he ran up to it and grabbed “a piece of paper to draw a map on”! 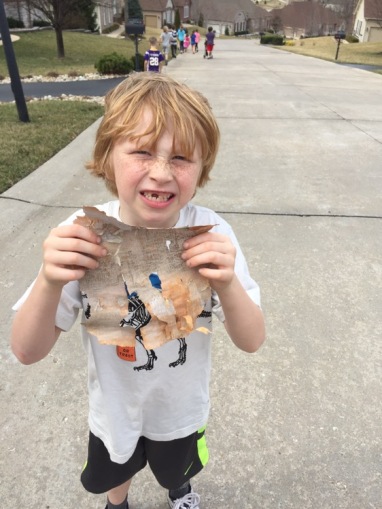 After a block or so, we came to a small pond… which instantly drew the children to it! 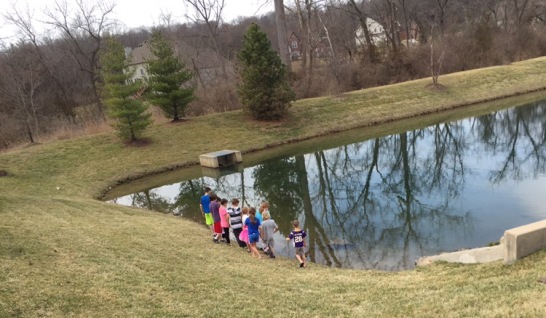 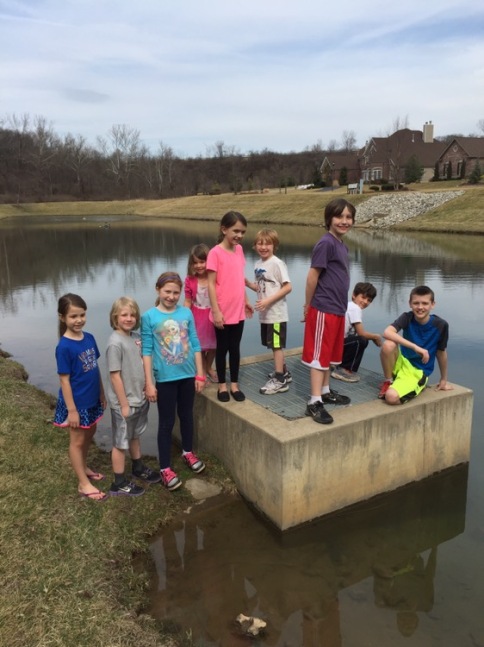 THEN I SAW IT… 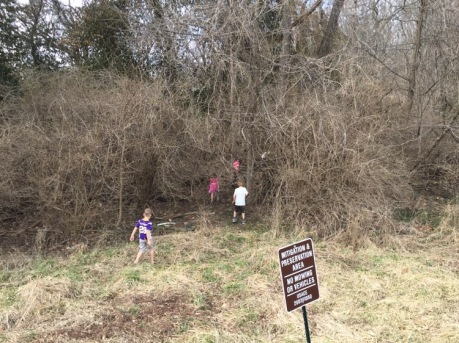 … so I gave her a piggy back ride!

It didn’t take long before she jumped down and started exploring. 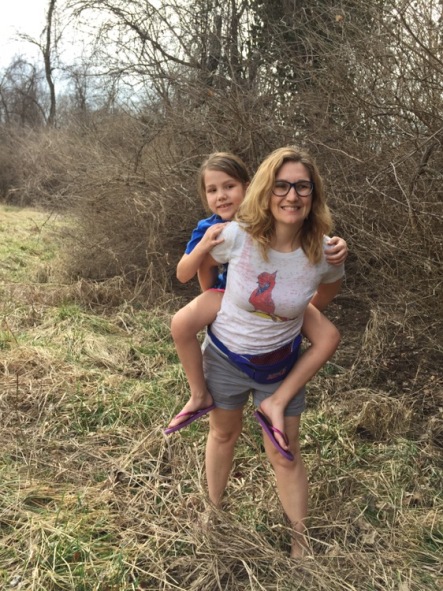 It was with great surprise and happiness that we saw a creek hidden behind the trees!

We stayed and played all afternoon… creating memories and bonding with cousins !! 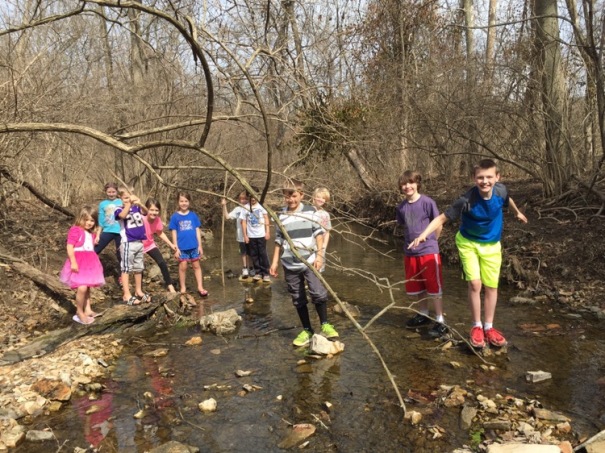 It was not long before half the children here barefoot! 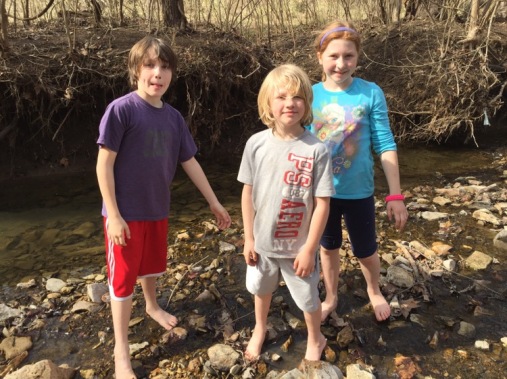 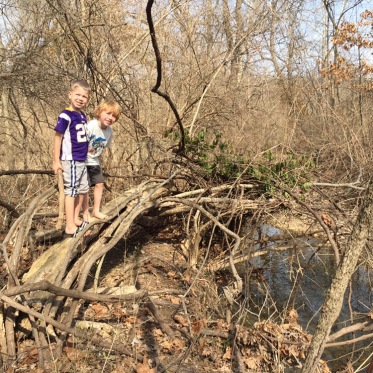 We saw this giant growth in a tree top and wondered if it was a mushroom.(?) 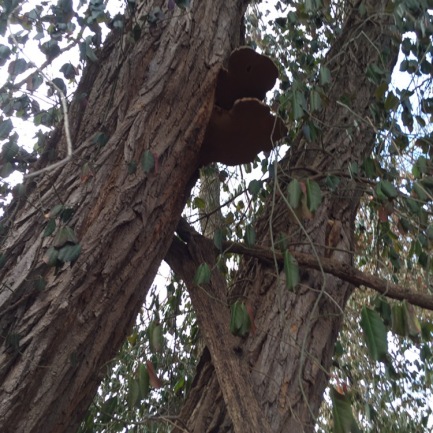 This curious hole had the kids guessing all the different kinds of animals that could live in it. 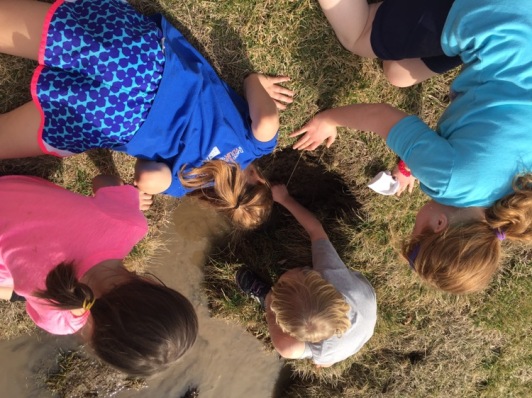 This cousin fished a crawdad leg out of the pond. 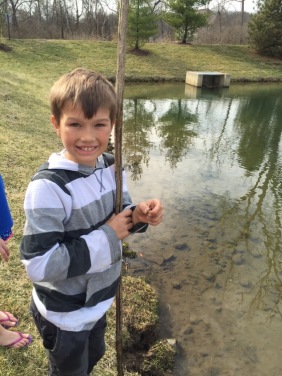 … and this cousin found some cool rocks.  I was pleased I could identify them as chert!

(as soon as we returned to the house, he got a bucket and washed his rocks… how cute is that!) 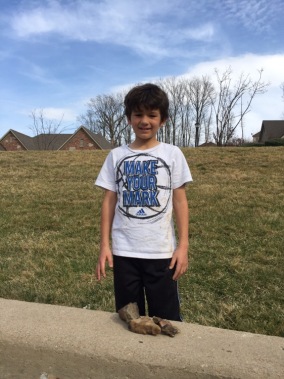 I started doing the happy dance when I happened to look down on the ground and saw a deer antler! This was on my list of things I would like to find someday… I was so excited that someday meant today!!

Everyone wanted to touch and hold the antler… and a few pretended to be a deer themselves! 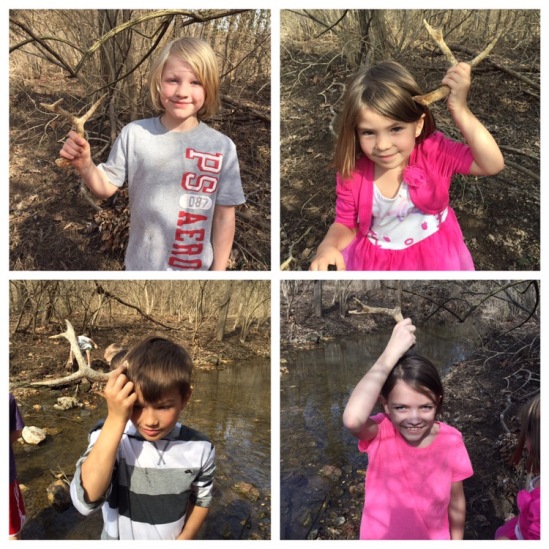 I am so glad that the cousins were able to make such fun memories!

There’s not much things better in life than finding a hidden creek and playing in it with people you love!